My book, Hillary Rising: The Politics, Persona and Policies of a New American Dynasty, is available from Biteback and can be ordered NOW from Amazon.

On 12 April 2015, Hillary Clinton formally announced her intention to run for President in 2016, casting herself as the ‘champion of everyday Americans’. With near-universal name recognition and the promise to make history as the first female occupant of the Oval Office, all seemed set for Hillary to secure the one role that had eluded her to date, but what drove this most intriguing and polarising of political figures?

Would she be able to shake off her past mistakes and finally secure the Democratic Party’s nomination? What were her chances of winning the White House? And, perhaps more importantly, what kind of President would she make? Vitally, what lessons would she need to learn from her past if she wished to succeed in November 2016? These are the questions set and answered in the only biography of Hillary Clinton to cover her life and career from her birth to her 2016 campaign.

Drawing on original interviews with close associates of both Bill and Hillary Clinton, as well as a wealth of recently declassified materials from the Clinton archive, Hillary Rising offers a clearsighted, non-partisan analysis of Hillary’s rise to the pinnacle of American power, revealing the political ideology and core principles that have remained a constant throughout her career.

Despite the outcome of the result, Hillary Rising remains a valuable text, revealing the flaws and errors that ultimately handicapped Hillary Clinton’s campaign for the presidency. 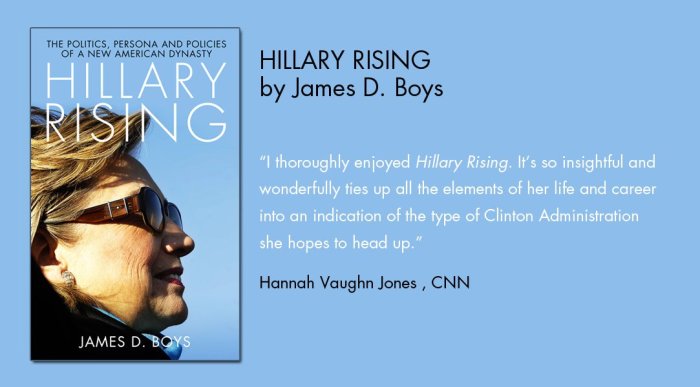 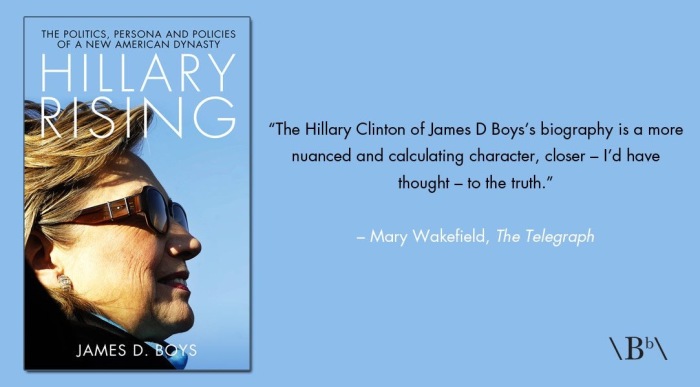 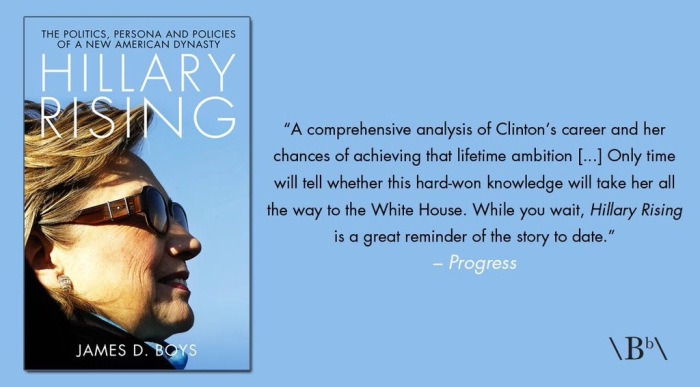 ‘A really balanced pros and cons insightful history of Hillary Clinton with good links to sources. I understood a lot more about her, her upbringing (Dad was a coal miner to begin with) and her blind spots.’

‘A well balanced book on Hillary Clinton. Even-handed, highly readable, and interesting–perfect for anyone who wants a first hand background and analysis a great book without the “angle” that comes with virtually every other books written about her. The author takes a very unique perspective and it’s delightfully written. Can’t recommend this one highly enough. You will read it in one sitting!’

‘A interestingly thorough read spanning the life and many reasons behind the scenes and in the forefront of Hillary Clinton’s life decisions throughout her life and political career. What I enjoyed most about this well written piece has been James D. Boys ability to write about an intriguingly political persona without getting political. In other words, Boys has no agenda here. Rather, it’s a bio of interest.’